From a Bathroom Remodel to the Exterior Facade: Giving This Lloyd Harbor Home the Luxury Treatment

HomeFrom a Bathroom Remodel to the Exterior Facade: Giving This Lloyd Harbor Home the Luxury Treatment 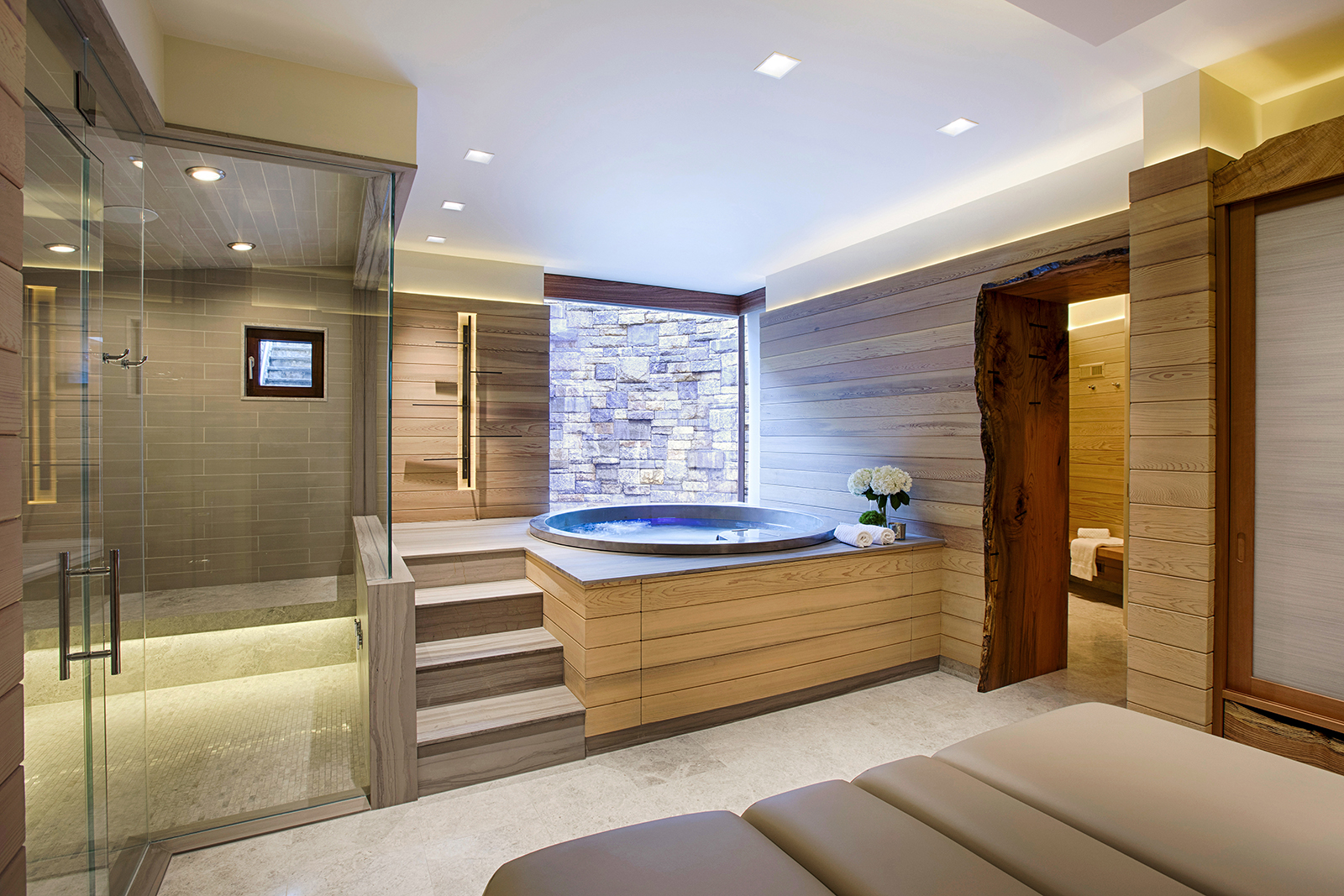 From a Bathroom Remodel to the Exterior Facade: Giving This Lloyd Harbor Home the Luxury Treatment

One statement that is always true about remodels is that you never know what will happen. Even the best-laid plans and the most detailed designs will likely evolve. As soon as you start removing layers and tearing down walls, you’re often met with a few surprises. This is one reason it’s so important to have a strong working relationship with the design team.

In the case of this Lloyd Harbor, New York, home, what started as a luxury spa fit-out and bathroom remodel turned into a multiyear project that has required us to redo the exterior stone facade that had been installed by the previous contractor.

We created a stunning spa in the daylight basement of a large custom home that had not been completely finished by the original contractor. You can learn more about the spa renovation in our gallery, but there is much more to this story than meets the eye. We had originally been hired to do the interior finish work for the spa, but water-leak issues continued to arise in other areas of the house. Both the playroom in the basement and the master suite had leaks. We were seeing a pattern, so we investigated further and discovered that there was a larger issue with the house.

The water leaks were coming from outside the home, which meant that the entire stone facade would have to be removed, repaired, and rebuilt. This was no small task on a 20,000-square-foot house. All of the stone, flashing, and waterproofing materials had to be replaced in a way that would prevent further leak issues from arising.

Although we were originally hired as a bathroom contractor, the foundation of trust we built with the client motivated them to hire us for all of the additional work required to remodel damaged rooms, repair the water leaks, and prevent new ones. To tackle the project, we assembled a team of electricians, plumbers, millworkers, and masons. This was particularly challenging because of the many specialized systems in the home. Fortunately, we had existing relationships with most of the vendors and only had to find a few experts—a roofer, a tin knocker, and a mason— to address all of the specific conditions in this technologically modern home.

We also worked closely with the designers to provide existing condition measurements for the rooms that had to be remodeled. Later in the process, we collaborated to revise and approve final renderings and shop drawings, ensuring that the designers’ vision was executed flawlessly.

During the interior renovation, we also worked hand in hand with the insurance company on the homeowner’s behalf to ensure that they were sufficiently compensated based on the actual costs of the work, and not on their estimates. This step was essential in ensuring that the rework was up to the original standards and met the design vision.

Given the scale of this project, we have been on the site for several years, meticulously replacing the stone facade and the materials beneath it to address the leak issues. We have also taken steps to minimize the disruption to the homeowners as much as possible so that they can enjoy their beautiful new home even as the work continues.

Detail Renovations CEO says about this project, “I feel the homeowners have been through a lot, yet they continue to look at things in a positive way. Most of the time at the end of our meetings they always find a way to remind us that we are there superheroes—saving their home one day at a time.” By discovering the source of the problem—improperly installed rain barriers in the exterior facade—we were able to stop the cycle of remodeling rooms one by one as leaks continued to appear.

Whether or not we’re actual superheroes, we’ll never tell. However, we were able to use our x-ray vision to detect the deeper problems that lurked below the surface. All right, we used our deep experience and knowledge of building science to recognize that there was more going on than just a leaky shower. Most importantly, we took the initiative to work closely with the design team and had the expertise to put together the right group of professionals to solve the problem.

Check out the gallery to see images of the spa that started this saga, and stay tuned for more stories about this epic renovation project.

A vision of luxury, functionality and comfort, a home should be nothing short of excellence.

What you expect but seldom get in a contractor is rock solid reliability, fair pricing, and quality workmanship. On the recommendation of friends who... READ MORE

Our experience working with David Dynega and his crew to renovate 2 bathrooms and to create and install custom shelving in our dining room was a pleasure... READ MORE

We love our new kitchen. Even my husband who was so reluctant to spend the money is thrilled with how it came out. I really appreciate the care you took to minimize... READ MORE

Detail Renovations staff were professional, courteous and on-time. They were considerate of my family and I living through our renovations and were meticulous... READ MORE

Thank you for the outstanding work you did in renovating my kitchen. When I return home each evening, after first determining that I have come to the correct home... READ MORE

David and their terrific crew transformed my four-room railroad flat, into a beautiful, creative and comfortable living space. What a difference! READ MORE

It was a pleasure working with Detail Renovations. David Dynega and his team are diligent workers with a keen eye for detail (hence the name), and masters in their craft... READ MORE

/%postname%/
#727272
Sort Gallery
https://www.detailrenovations.com/wp-content/themes/yunik-installable
on
no
yes
off
off
on
Newsletter Input text
off
off